Ranks has worked with a varied clutch of fellow artists. These include the British-Jamaican vocalist Maxi Priest; American rappers KRS-One and Chubb Rock; reggae singers Cocoa Tea, Crystal, and Mykal Rose; R&B singer Johnny Gill plus rock
and roll pioneer Chuck Berry. His biggest hit outside the regular reggae communities was "Mr. Loverman", although in Jamaica and for many reggae lovers, this was not his best work. Other, more appreciated tracks by reggae enthusiasts, include "Respect", "Pirates Anthem", "Trailor Load A Girls", "Wicked ina Bed", "Caan Dun", and "Ting A Ling". 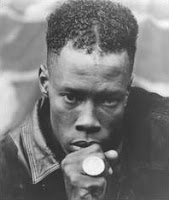 His many popular tracks have rewarded him with two Grammy Awards. In Jamaica he is affectionately known as The Grammy Kid.

See you in Jamaica.
Posted by JConoclast at 3:02 PM

I think that what you published was very logical.
But, what about this? suppose you were to write a killer headline?
I ain't saying your content isn't solid., however suppose you added a headline
that makes people want more? I mean "Shabba Ranks - Dancehall Artiste" is a little
boring. You could look at Yahoo's home page and watch how they create news headlines to get viewers to click. You might add a video or a related pic or two to grab people excited about what you've got to say.
In my opinion, it might make your website a little bit more interesting.

I'm not sure exactly why but this blog is loading incredibly slow for me. Is anyone else having this issue or is it a problem on my end? I'll check
back later on and see if the problem still exists.


My webpage - how to get lot of followers on instagram

After looking at a few of the articles on your web site, I really appreciate your technique of writing a blog.
I book marked it to my bookmark site list and will be checking back soon.
Please check out my web site too and tell me what you think.

When I initially commеntеd I clicκeԁ
the "Notify me when new comments are added" checkbox and
now eасh time a comment is adԁed I
get four emailѕ with thе same comment. Is theгe any ωay уou can rеmove pеople fгom that
ѕervice? Bless you!

my blog pοst :: composed the music

I was able to find good information from your blog articles.

I have been surfing on-line greater than three hours as of late, yet I by no means found any fascinating article like yours.

It is beautiful worth sufficient for me. Personally, if all site owners and bloggers made just right content as you
probably did, the net shall be much more useful than ever before.

I will immediately grasp your rss as I can not find your
e-mail subscription hyperlink or e-newsletter service. Do
you have any? Please allow me recognize so that I could subscribe.

There are not many websites with information like this man!
Bookmarked!

my weblog i'm having trouble getting pregnant

I think the admin of this site is actually working hard for his site, as
here every material is quality based information.

Here is my web blog just click the following webpage

This is an amaging post. For information go Signs of Pregnancy

The Martian is a new Ridley Scott classic, featuring his best work in years, the best performance I've ever seen from Matt Damon, an outstanding supporting cast, a surprisingly funny screenplay from Daredevil creator Drew Goddard, and a great narrative that ties the film together beautifully. . Click https://365movies.is/genre/adult-movies/ watch movies free online hd.

The Martian is a science fiction film starring Matt Damon and directed by Ridley Scott. I'm a big fan of Ridley Scott's work as a director, but I feel that most of his recent films have been very hit and miss. However, The Martian serves as a firm reminder as to why I am a fan of him in the first place. Not since Interstellar have I seen a sci-fi movie this thought-provoking or cleverly written.. Link watch The Martian online full hd https://365movies.is/movies/the-martian-04388.html

Creative Banner is a focusing fact for any kinds of business institutions. Banner show your products identity which is provided by you. Manage your banner design service creatively by any professional designer to highlight your products. Creative banner grabs your customer’s attention.