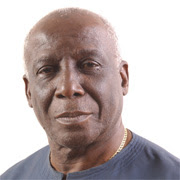 Nettleford was a recipient of the 1957 Rhodes Scholarship, and returned to Jamaica in the early 1960s to take up a position at the University of the West Indies. At the UWI he first came to attention as a co-author (with M.G. Smith and Roy Augier) of a groundbreaking study of the Rastafari movement in 1961. In 1963 he founded the National Dance Theatre Company of Jamaica, an ensemble which under his direction did much to incorporate traditional Jamaican music and dance into a formal balletic repertoire. 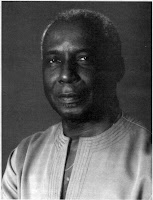 Beginning with the collection of essays Mirror, Mirror published in 1969 and his editing and compiling of the speeches and writings of Norman Manley, Manley and the New Jamaica, in 1971, Nettleford established himself as a serious public historian and social critic. In 1968, Nettleford took over direction of the School for Continuing Studies at the UWI and then of the Extra-Mural Department. In 1975, the Jamaican state recognized his cultural and scholarly achievements by awarding him the Order of Merit. In 1996, he became Vice-Chancellor of the UWI, and held that office until 2004, when he was succeeded by E. Nigel Harris.

See you in Jamaica
Posted by JConoclast at 7:52 AM

My family members every time say that I am killing my time here at web, but I know I am getting experience everyday by reading such nice articles or reviews.

Hi there Dear, are you genuinely visiting this web site daily, if so then you will absolutely obtain fastidious know-how.

Good day! This is kind of off topic but I need some help from an established blog.

Is it tough to set up your own blog? I'm not very techincal but I can figure things out pretty quick. I'm thinking about setting up my
own but I'm not sure where to start. Do you have any ideas or suggestions? Appreciate it

My page; bmi calculator for women