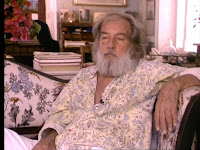 Perry Henzell (March 7, 1936, Annotto Bay, St. Mary's, Jamaica to November 30, 2006, Treasure Beach, St. Elizabeth's, Jamaica) was most famous for being the director of the first Jamaican feature film, The Harder They Come (1972).

Henzell, whose ancestors included Huguenot glassblowers and an old English family who had made their fortune growing sugar on Antigua, grew up on the Caymanas sugar cane estate near Kingston.

He was sent to a boarding school in the United Kingdom at fourteen and later attended McGill University in 1953 and 1954. He then dropped out of this school, choosing instead to hitchhike around Europe. He eventually got work as a stagehand at the BBC.

He returned to Jamaica in the 1950s, where he directed advertisements for some years until he began work on The Harder They Come.

Henzell also shot some footage for what was planned as his next film, No Place Like Home, in Harder's aftermath, but he went broke before he could finish the film. Fed up by this, and the lack of finance for further production, he went on to become a writer, publishing his first novel, Power Game, in 1982. Both were meant to complete a planned trilogy of films centring on Ivanhoe Martin.

The footage for No Place Like Home was lost. Years later, he came across editing tapes in a lab in New York. Just to have a sense of completion, he worked on the project. When he showed it to a few friends, their response was enthusiastic. He eventually was able to retrieve the original footage. No Place Like Home was screened for the public at the 31st annual Toronto International Film Festival in September 2006 at the Cumberland Theatre; it was sold out. Film leads Carl Bradshaw (The Harder They Come, Smile Orange, Countryman) and Susan O'Meara attended and answered audience questions with Henzell after the screening.

The same film is scheduled to be screened at the Flashpoint Film Festival at the beginning of December 2006 in Negril.

Thank you for sharing your info. I really appreciate your efforts and I will be waiting for your
further post thank you once again.

I am now not certain where you're getting your information, however good topic. I must spend some time learning more or understanding more. Thanks for wonderful information I used to be in search of this information for my mission.

I hardly drop remarks, however after browsing a few of the remarks here "Perry Henzell, Movie Director and Writer".
I do have some questions for you if it's allright. Could it be only me or do a few of the comments come across like they are written by brain dead folks? :-P And, if you are writing at other social sites, I would like to follow you. Would you post a list of all of all your shared pages like your linkedin profile, Facebook page or twitter feed?

Here is my blog :: registry cleaners

Pretty! This was an incredibly wonderful post. Many thanks for supplying this info.

Pretty section of content. I just stumbled upon your web site and in
accession capital to assert that I get actually enjoyed account your blog posts.
Any way I'll be subscribing to your feeds and even I achievement you access consistently rapidly.

My web page: tips on how to lose weight fast

Great site you have got here.. It's hard to find quality writing like yours these days. I honestly appreciate individuals like you! Take care!!

Hey there I am so thrilled I found your web site, I really found
you by accident, while I was researching on Aol for something else, Regardless I
am here now and would just like to say thanks for a marvelous post and a all round entertaining blog (I
also love the theme/design), I don't have time to read through it all at the moment but I have saved it and also added your RSS feeds, so when I have time I will be back to read a great deal more, Please do keep up the awesome work.