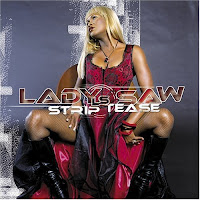 Lady Saw is a Jamaican singer, known as "the first Lady of Dancehall". She is the first female deejay to win a Grammy (which she did with No Doubt for "Underneath It All" — Best Performance by a Duo or Group with a Vocal), to go triple platinum with the same single, to go gold (with Vitamin C for "Smile"), and to headline shows outside her native Jamaica. She was born Marion Hall in 1972 in a village in the parish of St Mary. At only 15, she took the name Lady Saw after famous Jamaican Deejay Tenor Saw, whose style she is said to emulate. She was soon signed to the Jamaican grassroots label VP Records, now a powerhouse, and debuted in 1994 with Lover Girl. At that time, she guested on the Shabba Ranks track, "Want It Tonight," and her star began to rise.

Her first big successes came at the beginning of the 1990s, when gun talk ruled the dancehalls of West Kingston. Recording for the local Diamond label, she injected a heavy dose of sexually explicit lyrics, known as "slackness", into the music, but from her perspective as a female. The results were early hits like "If Him Lef" and "Stab Out de Meat", which scandalized and enthralled audiences. Indeed, her stage shows usually included picking men from the audience (or sometimes her own band members) to pull on stage and to simulate sex acts with.

However, she suffered for her outspoken ways; she was banned from many events due to her lyrics. Even though male artists were performing similar lyrics and stage shows, it was Lady Saw that became a pariah for it and endured censorship and even outright banning in more than a few Jamaican parishes. She continued to be outspoken though, and often addressed unfaithful lovers, female degradation, and safe sex in the wake of the emergence of AIDS ("Condom"). Subsequent hits like "No Long Talking", "Sycamore Tree", and "Find a Good Man" cemented her position as number one female deejay regardless of what her critics would say.

In 2003, Lady Saw received her greatest mainstream honor, bringing home a Grammy for her 2003 collaboration with No Doubt for "Underneath It All", a slow-burning ballad that used her unique style to great effect. (She has also collaborated with Beenie Man on tracks such as "Healing" and "Bossman" (the latter also with Sean Paul), Cecile, perhaps the Princess of Dancehall, on "Loser", and long-time friend and peer, Tanya Stephens on "Bruck Dem Up". State-side, she has shared the mic with Missy Elliott, Eve, Lil' Kim, and Foxy Brown.) In late 2004, she released Striptease after a 6 year hiatus and presented her most balanced and well-written album yet, with "I've Got Your Man" gaining significant video and airplay in the US.

See you in Jamaica.
Posted by JConoclast at 5:55 AM

Paragraph writing is also a fun, if you be familiar with afterward you can write if not it is
complex to write.

Hey there, You have done an excellent job. I will
definitely digg it and personally recommend to my friends.
I am sure they'll be benefited from this web site.

I'd like to thank you for the efforts you've put in penning this blog.
I am hoping to check out the same high-grade blog posts by you in the future as
well. In truth, your creative writing abilities has inspired me to get my own website
now ;)

Hey there, I think your blog might be having browser compatibility
issues. When I look at your website in Firefox, it looks fine but when opening
in Internet Explorer, it has some overlapping. I just wanted to give
you a quick heads up! Other then that, great blog!

After exploring a number of the blog posts on your website, I honestly appreciate your technique
of writing a blog. I added it to my bookmark website list
and will be checking back soon. Please check out my web site too and let me know what you think.

Hi there! This post couldn't be written any better! Reading this post reminds me of my good old room mate! He always kept chatting about this. I will forward this post to him. Fairly certain he will have a good read. Thanks for sharing!

Why viewers still make use of to read news papers when in this technological world all is
available on web?

My homepage; bankruptcy laws in florida

It's an awesome piece of writing in support of all the internet users; they will get advantage from it I am sure.

I have been browsing online more than 2 hours today, yet I never found any
interesting article like yours. It's pretty worth enough for me. In my view, if all web owners and bloggers made good content as you did, the internet will be much more useful than ever before.

With havin so much written content do you ever run into any issues of plagorism
or copyright infringement? My site has a lot of completely unique content I've either created myself or outsourced but it looks like a lot of it is popping it up all over the internet without my authorization. Do you know any solutions to help reduce content from being ripped off? I'd certainly appreciate it.


Stop by my site bmi chart for women

Interesting blog! Is your theme custom made or did you download it from somewhere?
A theme like yours with a few simple adjustements would really make my blog jump out.
Please let me know where you got your design. Appreciate it

This piece of writing will help the internet users
for creating new website or even a blog from start to end.

Thanks for a marvelous posting! I quite enjoyed reading it,
you may be a great author.I will ensure that I bookmark your blog and may
come back later in life. I want to encourage continue
your great job, have a nice weekend!

Here is my web site; healthy Waist to height ratio

Wow, incredible blog layout! How long have you been blogging for?
you made blogging look easy. The overall look of your website is
great, as well as the content!

my web site; how much should i weigh for my age

I visited multiple websites but the audio quality for audio songs present at this
site is in fact marvelous.

Here is my page - additional hints