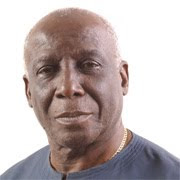 Professor Honourable Ralston ‘Rex’ Nettleford, OM (Order of Merit, Jamaica’s third highest award), passed yesterday, at the George Washington Hospital, in Washington, DC, USA. Professor Nettleford was in Washington, DC, to attend a fundraiser for the University of the West Indies when he collapsed at his hotel. It was reported that he suffered a cardiac arrest which resulted in brain injury. He was taken to the hospital in an unconscious state and never regained consciousness. Professor Nettleford was one of Jamaica’s finest sons. He was an intellectual, a stalwart, and a regional and global icon. He was an author, academic, orator, choreographer, dancer, and cultural advocate. He passed hours before his 77 birthday, which would have been today.

Jamaica and the Caribbean will miss Professor Nettleford. Protecting and preserving our culture as a country and a region was very important to him. We found this video of Judith Laird interviewing Professor Nettleford on Youtube. This is one of his last interviews, if not his last. This interview occurred late November 2009, while Professor Nettleford attended and participated in The Commonwealth People’s Forum, which was held at the Cascadia Hotel, Port of Spain, Trinidad & Tobago.

Extra
This is Professor Rex Nettleford's keynote address to the United Nations observance of the commemoration of the 200th anniversary of the abolition of the Trans-Atlantic Slave Trade on Monday, March 26, 2007 at UN headquarters, New York.

Bonita Jamaica
Beautiful Place. Amazing People.
See you in Jamaica.
Posted by JConoclast at 6:49 AM

I got this web site from my pal who informed me about this website and at the
moment this time I am visiting this site and reading very informative articles or reviews at this place.

Here is my homepage Bmi Calculator For Women

Thanks , I've recently been searching for info about this subject for a long time and yours is the best I have discovered till now. However, what about the conclusion? Are you sure about the source?

Also visit my site :: how to lose weight fast

It's an awesome paragraph for all the web viewers; they will get advantage from it I am sure.

I think that your site's quality is outstanding, so i know you many thanks to create such kind of this site.
Recently i have created a site which is use for movie download with a little time.
Hollywood movies

Do you need an urgent loan we offer worldwide loan to who in need of loan the business opportunity you having being looking for is here again. email housingfinance247@gmail.com
LOAN APPLICATION FORM
1) Full Name:
2) Gender:
3) Loan Amount Needed:.
4) Loan Duration:
5) Country:
6) Home Address:
7) Mobile Number:
8)Monthly Income:
9)Occupation:
)Which did you here about us.
Email housingfinance247@gmail.com