US Library of Congress Selects 'Burnin' 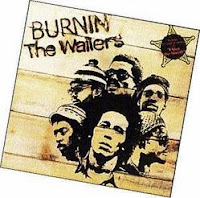 'Burnin' smokes in US Library of Congress

Burnin', the 1973 Island Records album which was the swansong for the core Wailers unit of Bob Marley, Bunny Wailer and Peter Tosh, has been chosen for perpetual preservation in the United States Library of Congress.

A release from Tuff Gong International Ltd. said "Each year the United States Library of Congress selects a small number of audio recordings to preserve for all time in the National Recording Registry, based on their historical, artistic or cultural importance … "

In an interview with Ben Manilla, recorded at Tuff Gong Recording Studio for the National Public Radio programme 'All Things Considered' that will itself be preserved by the Library of Congress, Mrs. Rita Marley said that "The album Burnin' was the work of prophets."

Burnin' begins with Get Up, Stand Up, Marley and Tosh sharing lead vocals, and ends with the arrangement by all three of the traditional Rastaman Chant. In between are lead vocal cuts from Bunny Wailer - Halleluijah Time, and Tosh - One Foundation, with Marley singing lead on all the other songs, which include I Shot The Sheriff, Burnin' and Lootin' and Small Axe.

Burnin' went to a high of number 151 on the Billboard Pop Albums charts and 41 on the Black Albums listing.

A recording has to be over 10 years old to be considered for inclusion and the public can nominate recordings for consideration.

Among the songs already in the registry are Fats Domino's Blueberry Hill, Nat 'King' Cole's Straighten Up and Fly Right, One o'clock Jump by Count Bassie and his orchestra, What's Going On by Marvin Gaye, and The Message by Grandmaster Flash and the Furious Five. Speeches include Martin Luther King Jr.'s 'I Have a Dream'.

Posted by JConoclast at 8:04 AM

naturally like your web-site however you have to check the spelling on several of your posts.
Several of them are rife with spelling issues and I find it very troublesome to tell the truth however I will surely come back
again.

I am regular reader, how are you everybody?
This piece of writing posted at this web site is actually good.

Thanks for the good writeup. It actually was once a enjoyment account it.
Glance advanced to more introduced agreeable from you!
However, how can we keep up a correspondence?

I'm extremely pleased to find this website. I need to to thank you for your time for this fantastic read!! I definitely enjoyed every part of it and I have you bookmarked to check out new information on your web site.

Hi there, just wanted to tell you, I enjoyed this blog post.

It was inspiring. Keep on posting!

I have read so many posts on the topic of the blogger lovers but this paragraph is really a nice
piece of writing, keep it up.

I believe this is one of the most significant information for me.
And i am happy reading your article. However want to remark on some
normal things, The site style is great, the articles is truly great : D.
Excellent process, cheers

It's going to be end of mine day, except before end I am reading this great paragraph to increase my experience.

Hi to all, the contents existing at this web page
are really remarkable for people knowledge, well, keep up the nice work fellows.

When someone writes an post he/she maintains the thought of a
user in his/her brain that how a user can be aware
of it. Therefore that's why this article is amazing. Thanks!

Take a look at my weblog ... how to lose weight quickly

When someone writes an post he/she maintains the thought of a user in his/her brain that how a user can be aware of it.
Therefore that's why this article is amazing. Thanks!

Have a look at my web page :: how to lose weight quickly

"The idea for the hoverboard was born. He took the two wheels and joined them with a board."
who invented the hoverboard
... thereby turning it back into a Segway without a pole.

I found your this post while searching for information about blog-related research ... It's a good post .. keep posting and updating information. USA Business Owner Email Database