Willard White - One Of The World's Great Bass Singers 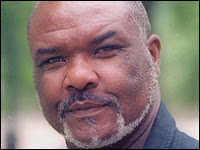 Willard White, one of the world's great bass singers, has received a knighthood in the Queen's birthday honours list.

Jamaica-born Sir Willard White, 57, has sung in some of the great opera houses of the world and performed with many of the world's most celebrated symphony orchestras.

Often compared to US singer Paul Robeson, whom he honours in his repertoire, Sir Willard began his professional career in 1974, making his debut with New York City Opera as Colline in La Boheme.

Two years later he made his London opera debut with English National Opera as Seneca in Monteverdi's 'L'Incoronazione di Poppea.

In 1982 he sang the King in Prokofiev's Love for Three Oranges at Glyndebourne.

His ability as an actor was especially noted in Porgy and Bess at Glyndebourne in 1986. He then won strong reviews starring in a Royal Shakespeare Company production of Othello.

He appeared as the soloist at The Last Night of the Proms in 1999, 2000 and at the opening ceremony of the Millennium Dome.

In many people's minds, his most outstanding role is as Mephistopheles in The Damnation of Faust, which he has sung many times.

Sir Willard studied at the Jamaican School of Music and Juilliard in New York, and says his upbringing in Jamaica influenced his way of thinking.

His parents, while not musical, gave him huge moral support in his career, even though it meant him leaving the island to train in New York.

He is a deeply philosophical and spiritual man, with a series of instantly quotable instances of his worldview.

"In all spheres of life it is very important for people with experience to assist those with less," he says.

"I say follow your heart and believe in what you do but always be prepared to adapt from day to day.

"Every man and woman has a place in this world and the right to be in that place.

A father of seven children, he lives in London. In 1995 he was awarded a CBE.

Special thanks to: http://www.joyousjam.com/jamaicasclassicalmusicians/id22.html
See You in Jamaica
Posted by JConoclast at 9:13 AM

It's a two year degree program, usually divided into five semesters. It is not uncommon for massage therapists to consult with physiotherapists before and during a massage. Depending on your lifestyle, now you also have the option to opt for online schools.
My blog post :: vuceveem.2Itb.com

Hi this is kind of of off topic but I was wanting
to know if blogs use WYSIWYG editors or if you have to manually code with
HTML. I'm starting a blog soon but have no coding knowledge so I wanted to get advice from someone with experience. Any help would be greatly appreciated!

My page ... diets that work for women

Where else may I аm getting thаt κind
οf infо ωrittеn in such an idеal wау?
I have a undertakіng that I аm just now
woгking on, and I've been on the glance out for such information.

Do you folks have a fb fan page? I looked for one on twitter but could not uncover one,
I would love to turn out to be a fan!

Here is my site: having trouble getting pregnant the third time